A husband and wife team that have a combined experience of over 80 years!​ 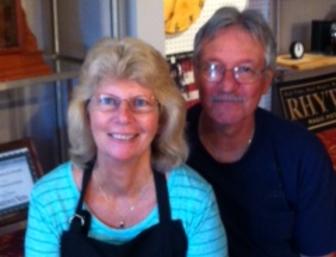 Cindy Beauchaine started to help her husband Jim with clock repairs part time in the early 1980’s and gradually became more involved with the business. She learned over the years to repair almost any type of clock, including, but not limited to, grandfather clocks, cuckoo, mantle, well, etc. She replaces quartz movements for large gallery clocks, fine home décor clocks, and novelty. She is very proud to say that she is possibly the only skilled clock repair woman in the state of Florida.

Jim Beauchaine had his start in the clock and jewelry trade while growing up watching his father work. Jim’s father was a master clock and jewelry repairman and that was his life long career. Jim and his father worked together until his father passed away in 2009. Jim is a goldsmith and has set thousands of precious stones and repaired thousands of pieces of fine gold jewelry. Jim has worked on clocks from all different countries, including repairs on any grandfather clocks made from the 17th century until present, mantle clocks, and wall clocks. If Jim cannot fix it, then it cannot be fixed.